The post route is a wide receiver pattern where the receiver runs vertically for 10-12 yards before breaking at a 45 degree angle toward the middle of the field. 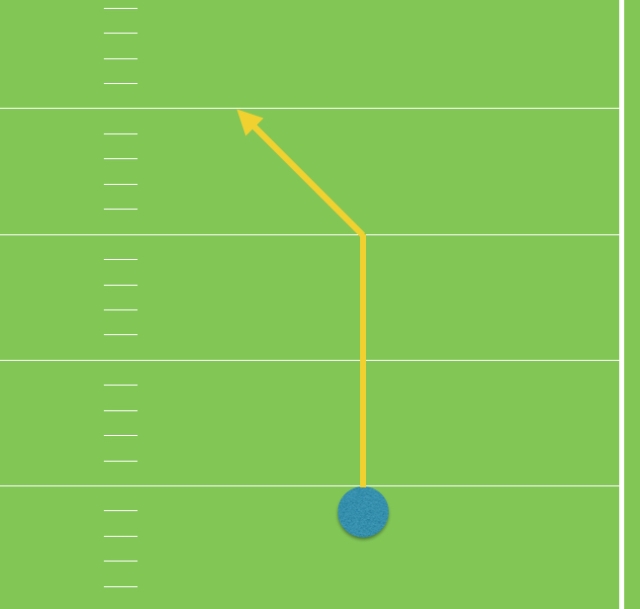 The route is common and run against a variety of coverages.  The break must be toward the middle of the field.  If it is toward the sideline, it is a different route.  It can be run by itself or in combination with other patterns.  It allows for adjustment after the break in that the quarterback can throw the ball more to the middle of the field or deeper depending on the coverage, and the receiver can adjust on the fly.

Gridiron Glossary is a resource for football terms that are often used by commentators, coaches and players but rarely defined.  If there is a term you have questions about or a definition you don’t agree with, let me know at billy@thirddowndraw.com.

Billy Koehler is the founder of ThirdDownDraw.com and a contributing writer at DixielandSports.com. He has been covering college football since 2006. You can follow him on twitter @billykoehler.
View all posts by Billy Koehler →
This entry was posted in Concepts, Glossary and tagged Post route. Bookmark the permalink.
Loading Comments...
%d bloggers like this: