The Northwestern NLRB case highlights an on-going issue that will have to be resolved at some point.  The issue, the original sin of college athletics, is that amateur students are forced to adhere to rules ensuring they do not earn money while at the same time they generate millions of dollars for universities.

Some fans take issue with the use of the word forced when categorizing the relationship between student-athletes and universities.  Of course no one is physically coerced into becoming a division one athlete, and the trade of a scholarship for a spot on the team is mostly voluntary, but it is overly simplistic to ignore the fact that for some sports there are no alternatives.

If you want to play American football you have to play college football after high school.  There isn’t an alternative.  There is no way to go directly to the NFL like baseball players can go directly to professional baseball.  There are no overseas options like those that exist for basketball.  In fact, the NFL has a rule that a player must be three years removed from high school to be drafted.  That doesn’t leave much of a choice.

That being said, it is a good deal for a great many athletes.  In exchange for playing football by the rules (no money), the athlete gets a full ride scholarship to the best university he can play for.  He gets world class facilities to make himself better and top flight coaching to improve his game.  Medical attention and surgery are also much better than many Americans have each day. 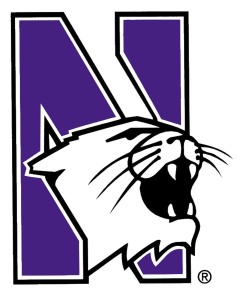 If your goal is to become a professional football player, and you’re not ready to do so right out of high school even if you were allowed to, a scholarship at a major, division one school provides you with every opportunity to make your dream a reality.  If on the other hand you are the type of student who is bartering your physical skills for an education that you wouldn’t be able to get on as favorable terms otherwise, then you have an even better deal.

Regardless of whether a player goes to school as a stop on the way to the NFL or whether the time at the university is the only goal for the player, they are still being exploited.  There are these massive, powerful and in many cases state supported universities with multi-million dollar athletic budgets making agreements with high school kids.  Such unequal power leads to unequal bargains.

No one designed the system this way; it’s grown organically.  There was a time when a scholarship for a student athlete was a bargain for both sides.  The alumni got to come back and cheer for a competitive team, and an athlete was compensated for his hard work on the field with a scholarship.  Then the money became bigger.  The value of the athlete’s work and product grew and grew.  The athlete got the same deal: a scholarship.  The university became the beneficiary to millions of dollars in revenue every year. 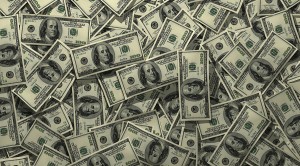 Perhaps it’s the slow evolution of the problem, which is undeniably a problem now, which causes so much angst among many college football fans.  At one point in time it was such a simple, fair deal.  Come to school here, and if you play football, we’ll let you come for free.  It seems like a better arrangement in a simpler time, but there’s nothing simple about major college athletics today.

Fans are caught in the middle.  They have their heroes, from childhood and from much later, and so they are sympathetic to their players.  They love the game, and they love being able to see their school play on tv every week, but the model supporting the access and the stadiums and the tailgating suites is unsustainable, and everyone knows it.  The NLRB didn’t touch the status quo today, but change is coming, and it will be radical.  Hopefully it doesn’t destroy the game we love.

Billy Koehler is the founder of ThirdDownDraw.com and a contributing writer at DixielandSports.com. He has been covering college football since 2006. You can follow him on twitter @billykoehler.
View all posts by Billy Koehler →
This entry was posted in News, Opinion. Bookmark the permalink.
Loading Comments...
%d bloggers like this: