The Narrative: The Fruit of Talking Season

After the last whistle of the last game until the kickoff of the first game, we are mired in talking season.  We talk and talk and talk.  We rehash; we debate; we argue.  We do everything we do during the regular season, but we do it without the benefit of new games to discuss.

Continuing to debate and talk without any substantial, new input causes the debates to take on lives of their own.  As consensus, or plurality, begins to emerge, college football develops its narrative for the upcoming season.  This conventional wisdom, distilled down to a few concise talking points, will be the yard stick through which disappointment or surprise will be measured during the season.

How to Craft A Narrative

To craft a narrative you need a hypothesis or a thought or an idea to float.  The idea will either explain why something happened last season or in seasons past or it will predict something in the future.  For example think back to 2007 after Florida beat Ohio State.  The hypothesis began: perhaps the Gators won because their defensive linemen were faster than the Buckeyes.

The second step in crafting the narrative is the discovery or exposition of supporting “facts”.  “Facts” isn’t a strictly defined term.  Many data points and inferences can stand in as “facts”, especially during the off-season.

For our example narrative, the facts to bolster the Florida speed idea included the recent LSU dismantling of Notre Dame.  “Did you see how fast LSU was?”  Throw in recent victories by Auburn in the Cotton Bowl and Georgia in the Chick Fil-A, and now the narrative has evolved to include more than just Florida.  Now it’s about SEC defensive line speed, or just “SEC speed”. 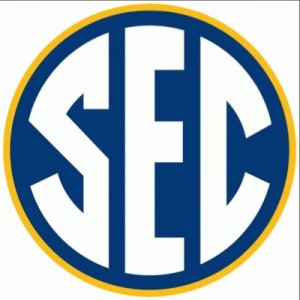 The third step is to ignore or discount contradicting data points.  Forget that Penn State beat Tennessee in the Outback Bowl.  Forget that Wisconsin beat Arkansas in the Capital One Bowl.  Or if confronted with them, marginalize their importance.  “Yes, the SEC lost those games, but it was because of poor offenses.  Those teams still have SEC speed on defense.”

Now that the narrative is fully developing all that is needed is distribution and repetition.  A reasonable idea becomes the orthodoxy.  It is a given that the SEC wins because of SEC Speed.  Nine years later it doesn’t seem so simple, but that doesn’t stop us from crafting narratives in the offseason.

Narratives can be about coaches on the hot seat (Al Golden), the poor scheduling of a perennial power (Alabama), the assured ascendancy of a middling team (Tennessee).  A traditional giant can be on the verge of returning to glory (Notre Dame).  A new era can be dawning, but the ultimate narrative is always the conference narrative (S-E-C, S-E-C).

The SEC is the best conference there ever was or will be was a fun narrative for the better part of a decade.  In some forms it still persists.  Currently the Big Ten is back, and its ascendancy was announced when Ohio State trounced Alabama.  The renaissance in the mid west was confirmed by a dismantling of Oregon.

Conference narratives endure longer than other narratives.  Coaches come and go, teams go up and down, and with them their narrative dies.  Conferences always have some success to point to.  Selective data selection can always yield the desired “facts”.

Narratives about conferences, especially those about relative supremacy, cannot be tested.  There are simply too few data points in a 12 game season, and there aren’t enough match ups with other conferences to really say for sure.  Advanced statistics can give an idea of strength, but they are limited by the data.

This year, like all other years, conference narratives endure.  As the Big Ten is rising like the Phoenix on the back of Ohio State’s championship, the SEC is sinking under the weight of it’s bowl performance.  One bowl season can turn the narrative.  In 2007 the Big Ten was slow and outclassed by SEC speed.  In 2015 the Big Ten is back, and the SEC is regressing to the mean.  Bowl season records last season: SEC 7-5, Big Ten 6-5.  Pick the fact you prefer.

Narratives continue into the season.  They justify putting all of the SEC into the Top 25 or excluding mid-majors or a million other things that cannot be easily settled on the field.  Because of that, they matter.  It matters that we assume Alabama is great and one loss was an aberration as much as we assume Vanderbilt is bad and their win is insignificant.

Narratives affect how we watch games and which results are disappointing.  How many games have been wholly predictable in retrospect but were amazing to watch at the time?  How many announcers continue to beat the same talking points from the preview show, regardless of what is taking place on the field?

What to do with Narratives

Well, nothing, really.  They aren’t inherently bad.  They create bias, which bleeds over to real world effects based on the assumption that one team is underachieving or one team is a fluke.  The remedy for bias and for the narrative is to recognize them for what they are.  They are interesting debating points; they are a way to fill the void of summer; they are fun, but they aren’t facts.

Billy Koehler is the founder of ThirdDownDraw.com and a contributing writer at DixielandSports.com. He has been covering college football since 2006. You can follow him on twitter @billykoehler.
View all posts by Billy Koehler →
This entry was posted in Uncategorized and tagged Big Ten, Florida, Narrative, Ohio State, SEC, Talking Season. Bookmark the permalink.

1 Response to The Narrative: The Fruit of Talking Season