What We Learned: Week 8

Think Twice Before Kicking that FG.  For years we’ve all known that in a tie game there’s virtually no downside to kicking a field goal as time expires.  If you make it, you win; if you don’t, there’s overtime. Auburn’s Kick Six was a warning that there might be a downside to game ending field goals.  Saturday’s pair of kick sixes were confirmation that these plays are going to continue to happen, and kicking teams better do something about it.

These returns are no longer once in a lifetime events.  They will now be planned and drawn up.  Kick block teams are going to set up returns like punt returns, and more touchdowns are going to be scored.  In addition to protecting the field goal attempt, teams will now have to have a coverage scheme in place to stop these touchdowns.  It won’t be easy for such a tightly packed group to cover, but woe be unto the team who ignores the possibility.  Trading out better blockers for more athletic players who can tackle may be the price of field goal attempts.

You have to take Clemson seriously now.  A 58-0 road win over a Miami team who appeared to be completely competent was enough to vault the Tigers to #3 in the AP poll.  It’s tempting to discount the margin of victory and dismiss the game as another win over another unranked team, but this wasn’t a 31-0 beating; 58-0 should never happen in conference, but it did.

Clemson seems to be answering their questions in a big way.  Would the offense still be able to produce without Chad Morris? Yes.  Will the defense be able to replace their talent and compete? Yes.  Will the Tigers be able to avoid dropping an inexplicable game that has plagued the program in years past?  So far, yes.

The Tigers will still have a strength of schedule debate to win.  The Notre Dame win continues to look strong, but the Florida State loss wasn’t ideal.  As it appears now the Tigers only have two ranked teams on their schedule.  Down years by Louisville and South Carolina haven’t helped, but a ranked team could come out of the Coastal division to buoy that schedule.  Without some unexpected results, the Tigers schedule will be their Achilles Heel, but if they keep winning 58-0, they make a powerful counter argument.

Poor, poor Nebraska.  How many close games are the Cornhuskers going to lose?  It must seem like groundhog day in Lincoln.  The season opened with a Hail Mary loss to BYU.  Sandwiched around some wins are losses at Miami by three, at Illinois by one, against Wisconsin by two and against Northwestern by two.  Nebraska is a Hail Mary and 8 points away from being 8-0.  That’s a tough season to endure, but remember that when the Cornhuskers upset Michigan State or Iowa in November.

Missouri’s reign is over.  Every year the Missouri Tigers are written off as also rans in the SEC East, but the last two years they’ve won the division.  Early season losses or ugly wins usually serve as confirmation of the dismissive opinions, but conference wins put the Tigers in Atlanta.  That won’t happen this year.

The Tigers appeared to be following their typical trajectory.  They had an ugly win over UConn at home.  They did beat South Carolina, but losses to Georgia and now Vanderbilt have ended any hope for winning the East.  In fact, sitting at 4-4, the Tigers are no lock to make a bowl game.

Kentucky is also finished in the East.  That’s not exactly the most unexpected 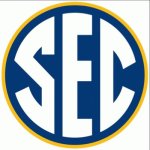 headline of the week, but there was hope in Lexington that this year would be different.  Strong recruiting classes formed the basis of optimism and an early win over South Carolina stoked the fire.  A close loss against Florida and a win over defending East champ Missouri continued to fuel the resurgence.  A back breaking loss to Auburn brought those hopes back to earth.  The momentum was all lost by the time Mississippi State left the field on Saturday with a blowout win.  As long as the Wildcats can refocus, they should still finish 7-5 and go to a bowl game, but for a while it seemed like more was possible.  Maybe next year.

Billy Koehler is the founder of ThirdDownDraw.com and a contributing writer at DixielandSports.com. He has been covering college football since 2006. You can follow him on twitter @billykoehler.
View all posts by Billy Koehler →
This entry was posted in News, Opinion and tagged ACC, B1G, Block Six, Clemson, Florida State, Georgia Tech, Kentucky, Missouri, Nebraska, SEC. Bookmark the permalink.
Loading Comments...
%d bloggers like this: